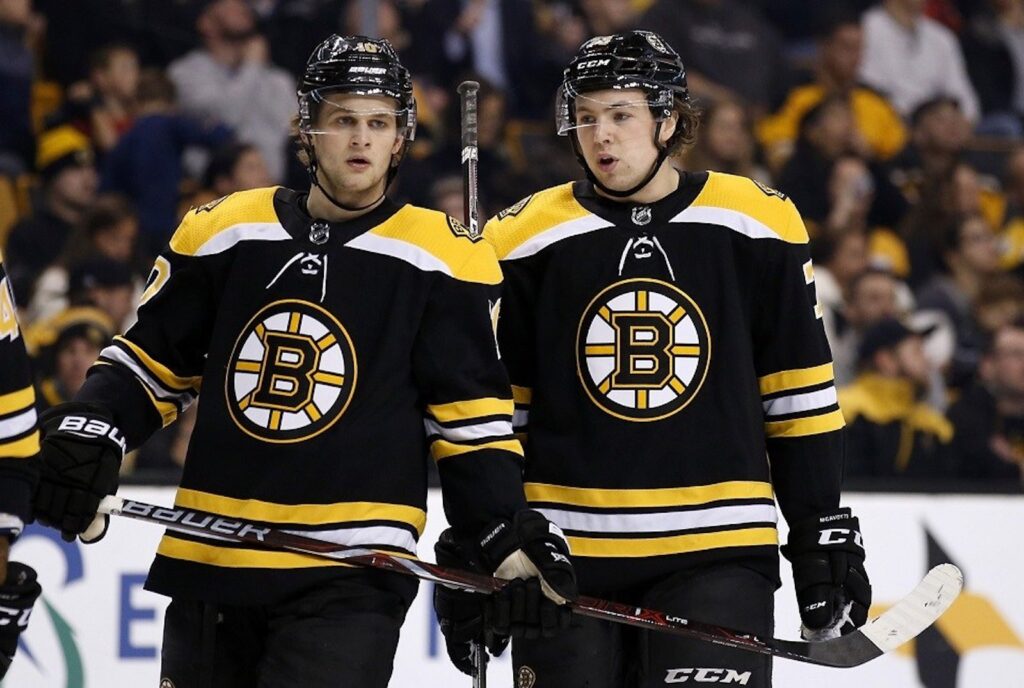 The Bruins’ youth movement is on the move.

The Boston Bruins have been making waves of preeminence in the NHL lately, including their most recent win, which was a stunning 6-1 sweep of the New York Rangers. Key to that plan of attack is several newer members of the lineup, who, when healthy, pack quite the unexpected punch.

Following the conclusion of Wednesday night’s game in Madison Square Garden, the Bruins had a collective 122 points from the five rookies, defined here as players that had less than ten regular-season games of experience before the start of the 2017-2018 season.

Of those 122 points, 103 are from four players: Danton Heinen, Charlie McAvoy, Jake DeBrusk, and Anders Bjork (the other two are Matt Grzelcyk and Sean Kuraly).

Heinen snagged his 26th assist of the season on Riley Nash’s goal in the first period, and Jake DeBrusk earned his 17th assist on Chara’s one-timer. Heinen, in his first full season in the league, has 38 points, tying him for third-most points for rookies in the league.

Last season, he played eight games near the beginning of the season with the Bruins and left with no points and a minus-3 statistic. This season, he sits near the top of the team statistics list in points and goals, behind only the perfection line of Brad Marchand, Patrice Bergeron, and David Pastrnak. Stats like that could give Heinen a Calder nomination.

Charlie McAvoy could also be another Bruin up for a Calder nomination. Though the young defenseman is a true rookie, having not played a single regular season game until this year—he played with the Bruins only for the playoff games against Ottawa—he is certainly not acting like.

McAvoy has been a staple defenseman in the lineup this season, and that was recently evident when many people experienced heart palpitations once McAvoy announced the surgery he had on his heart. Management, media, and fans alike were concerned over the severity of his absence and heart condition, which was, fortunately, shorter than many had anticipated. McAvoy also has 25 points this season and a plus/minus of +21.

Jake DeBrusk and Anders Bjork have also been crucial for the team, to say the least. Bjork is on injured reserve—he was injured on a crosscheck from Francois Beauchemin of the Anaheim Ducks in the game on Jan. 30. Bjork has missed 22 games out of 52 this season due to injury, though he still has 12 points in the season. DeBrusk has 28 points this season, 11 of them being goals, and averages around 13 to 15 minutes of play each game.

The surging youth bode well for the playoffs, which are two months away, as well as seasons to come. The Bruins are one point away from being first in the Atlantic Division, after steamrolling much of the league and pulling a 27-4-4 record since mid-November. With football and baseball far away, it is a good time to be a Boston Bruins fan.