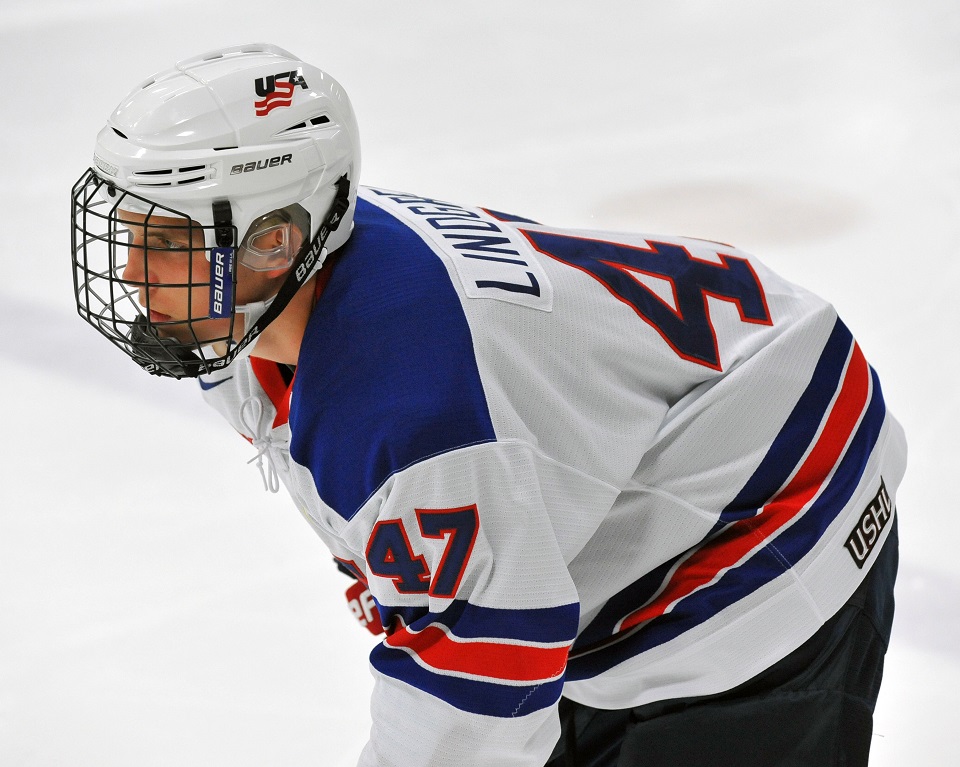 The 2018 IIHF World Junior Championship began on Boxing Day, and the Bruins have six players across three countries to represent them on the ice.

Three of the prospects are representing the United States, playing on home ice for the tournament in Buffalo, NY. Centers Trent Frederic, Ryan Lindgren, and goaltender Jeremy Swayman made it beyond the final cuts of the USA roster.

Swayman was drafted 111th overall in the 2017 draft this summer, and Frederic and Lindgren – who also share a birthday – were back to back Bruins picks in the 2016 draft, going 29th and 49th overall respectively.

There are two Bruins on the Finland team, including the Bruins first round pick this summer, defenseman Urho Vaakanainen. Vaakanainen currently plays in the Finnish Liiga as an 18-year-old but performed prominently at the Bruins Development Camp this summer.

Joona Koppanen is the other Finnish player to represent the Bruins at the World Juniors this year, being drafted 135th overall in 2016. Koppanen plays as a forward in the Finnish Liiga as well, towering as a 6-foot-4 winger at 19-years-old.

The last Bruins prospect is Oskar Steen, who is playing for Team Sweden. Steen was selected in the sixth-round of the 2016 draft by the Bruins and currently plays in the Swedish Hockey League (also known as the Swedish Elite). Steen is a small forward, clocking in only at 5-foot-9 and 188 pounds, but attended both the Bruins development camp and Bruins rookie camp in September.

The United States comes to the tournament as the returning champion, winning gold last year. While the team has lost some players, including current Bruins defenseman Charlie McAvoy, there is still plenty of leadership. Ryan Lindgren, who was a part of the gold-medal team last year, was named an assistant captain this year.

The tournament offers exciting hockey from a specific group of younger players to watch, as well as prospects in the NHL—whether already drafted or eligible in the future.

The Bruins are one of three teams to be represented by six different players, along with Calgary and Dallas, while New Jersey is represented by the most at seven. The representation only bodes well for the Bruins; it means there is lots of talent to expect in the nearing years to come.