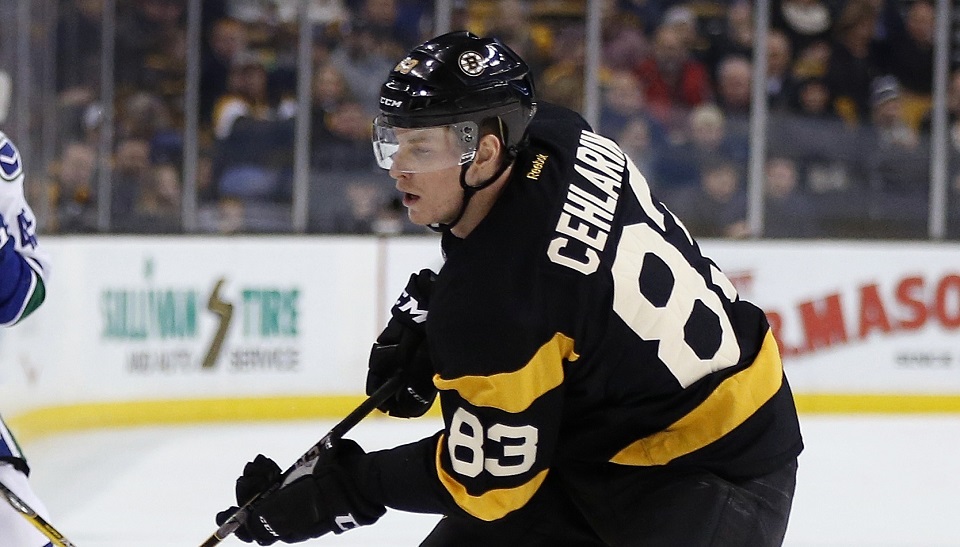 The Boston Bruins announced that left winger Peter Cehlarik sustained a lower-body injury in Friday’s matinee against the Pittsburgh Penguins. He did not play in Sunday’s game against the Oilers and will be reevaluated in four weeks.

Cehlarik had a knee-on-knee collision with a Penguin in the neutral zone on Friday, and immediately skated off the ice balancing wobbling on one leg. That evening, he left the TD Garden on crutches.

The left winger has played five games with Boston, has one goal and one assist with a +2 plus/minus.