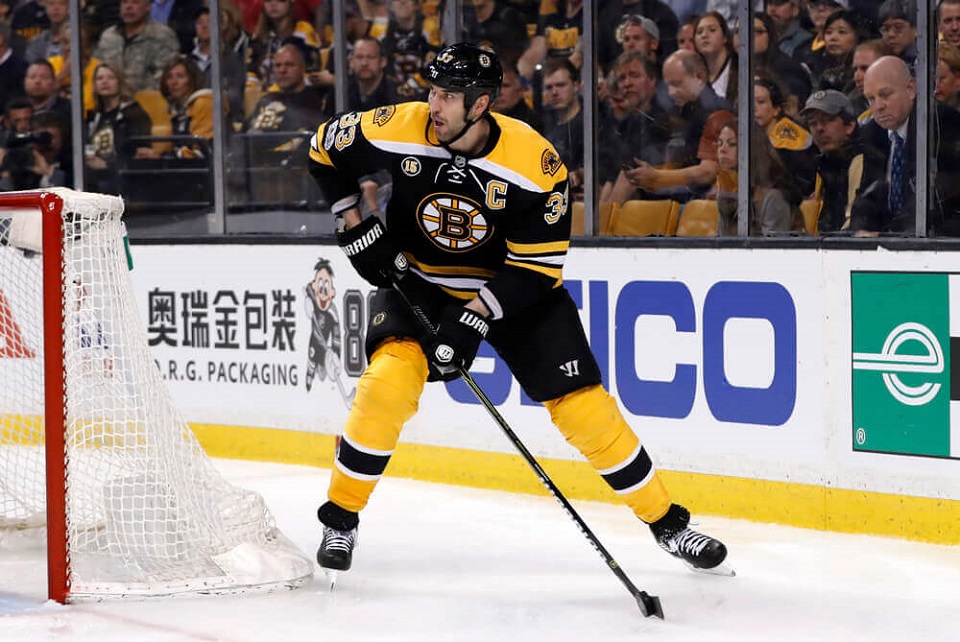 Zdeno Chara has truly been underrated this season.

His consistency in presence and performance has been the backbone of this team throughout all the injuries, making him the unsung hero so far.

(I mean, with this lineup, it’s not that hard.)

As of Nov. 15, the total games missed this season by players is now over a whole season—among 13 players, 83 games total have been missed. Eight of those players have been forwards, who make up 62 of those games.

And it hasn’t been just no-names, either; veteran guys have been plagued by injury this season. The older lineup was so depleted that Kevan Miller was given the A against the Minnesota Wild on Nov. 6. Alternate captain Patrice Bergeron missed the first five games of the season, and fellow Alternate David Krejci has missed 12. David Backes, former captain of the St. Louis Blues and a key Bruins leader, has missed 13 so far and will continue to miss more. Even Adam McQuaid, a stoic physical presence on the ice, has been out for 12 games and is looking at a possible 20.

This gaping hole creates an even greater need for a satisfactory performance by the captain each game. The last few seasons, Chara looked noticeably older; he lost quite a few springs in his step, and his puck-handling ability had visibly declined. He made mistakes often, and sometimes egregious ones—I can recall several goals last year that were at the fault of the near-seven-foot-on-skates Slovak. And last spring, Chara turned 40 years old. By the time an NHL player reaches their 40s, they begin to think about hanging up their skates if they haven’t already. After Chara’s lackluster few years, it was a dread to consider, though maybe a better idea in the long run since his performance seemed significantly on the decline.

But at 40 years old, the captain has missed neither a game nor a beat this season.

While Chara’s play this season hasn’t been consistently outstanding, it’s been consistent—the on-ice errors committed the last few seasons have essentially disappeared as he returns to the clean performance expected from him. And with such an up-and-down team this season, the weight of that consistency he provides cannot be overstated. Missing many of his fellow veteran players, Chara has been a solid leader for the new players by exemplifying Bruins qualities every night: the grit of playing tremendous ice time, the significance of a near-flawless play compared to previous seasons, as well as the physical presence on the ice that can bare its teeth when provoked.

Even at 40, he still intimidates players to no end (it is understandable, given he does tower over a great deal of them). On Oct. 26 against the San Jose Sharks, defenseman Brendan Dillon attempted to initiate a fight between he and Jake DeBrusk after rookie DeBrusk delivered on hard hit on one of Dillon’s teammates. Smartly, DeBrusk declined, but that wasn’t the end of the matter; just to be sure, Zdeno Chara skated right into Dillon’s face, bending down nearly half a foot, to threaten the Shark. Smartly, the Shark didn’t bite.

Chara has always made it clear that the younger Bruins are not to be messed with—they must go through the tallest man to play in the NHL first. Whether it’s just a bending down into the face of another player, or knocking him around like a bag of pucks (remember Chara’s seventeen penalty minutes when Alexei Emelin cross-checked Tyler Seguin in the ribs in 2013).

A moment during the Saturday night game against the Maple Leafs also illustrates the kind of captain Chara can be. Midway through the second period, Matt Martin and rookie Anders Bjork meet in a brutal collision at mid-ice. Both players are slow to get up, though they skate off fine on their own. Upon first look, it seems as if the point of contact was Martin’s arm into Bjork’s upper-body or head. But Martin is more shaken up on the ice.

A looming Zdeno Chara skates over. Martin may brace for another impact, but that would make the assumption that he even was aware of someone approaching him (and I don’t think we can). Chara, however, simply touches Martin on the front of his chest for a brief moment before continuing on his way.

It’s a soft moment in the game where Chara quickly checks on Martin, possibly ensuring he can get off the ice safely as Martin begins to rise and skate away immediately after—perhaps even before he notices Chara. Chara seemingly was looking for a fight initially – after all, Martin knocked over one of his rookies, and we know Chara doesn’t let that fly – but acknowledged that his opponent clearly had his bell rung (though that didn’t stop Matt Beleskey two and a half minutes later).

The captain has performed exactly how he has needed to this season, and then a little extra. It comes at a crucial point where nearly half the regular lineup has been missing from the ice, and stability is hard to come by. But this season, we can once again find it in Zdeno Chara, not having to worry about his performance or age. As long as those aging bones are still sturdy enough to avoid this injury bug, there are no immediate worries over the Big, Bad, Bruin.