A Brief Recent History of the Bruins and the Maple Leafs 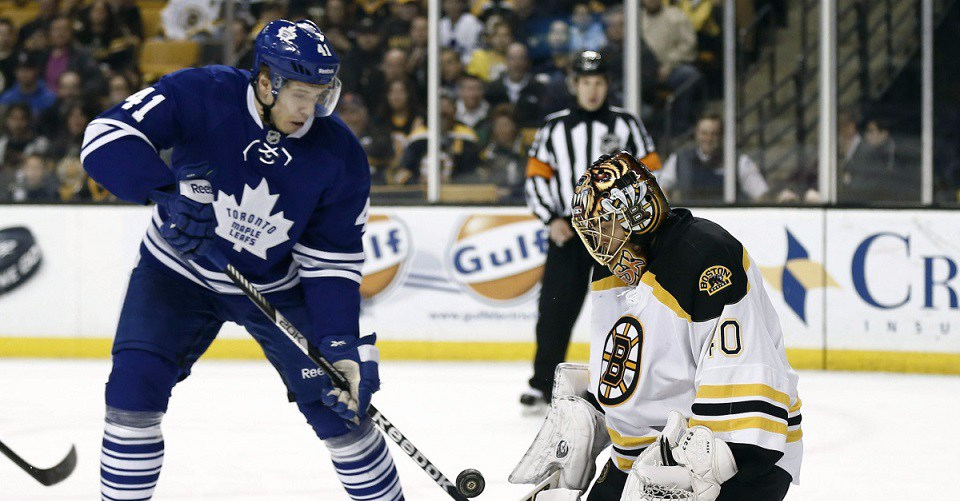 Fans are probably familiar with the history between the Boston Bruins and the Toronto Maple Leafs; the last few years came together in an incredible finale in 2013 highlighted with the incredulous game seven comeback in the 2013 Eastern Conference Quarterfinals.

But after the electricity from that spark of a comeback fizzled out in the next season, the B’s performance against the Maple Leafs went on a major decline.

In light of a recent home-and-home series that went terribly awry for the Bruins, we’ve decided to reflect on the Maple Leafs and the Bruins history from the last few seasons.

For the Boston Bruins of late, facing the Toronto Maple Leafs hasn’t meant that A+ performance one would expect against a divisional rival. Instead, it’s usually a slump of disappointment; the first thrill of excitement against playing a rival team followed by the pit of despair when you realize the B’s are probably going to end up underperforming—again.

The Maple Leafs have won the last six games against the Bruins in a row—the last two were completed this weekend when the Bruins dropped both games in a home-and-home series. Even more frustrating was how the last game, played on Saturday night, was on home ice in the TD Garden, giving the B’s a chance to break such a depressing streak on home turf. But instead the Bruins were washed out in a 4-1 loss, and the trend of the Maple Leafs dominating the Boston Bruins (or the Bruins simply dropping game after game against a divisional rival) was allowed to live another day.

Out of the fifteen games played between the two clubs since the beginning of the 2014-15 season, the Maple Leafs have won nine. The Bruins did show up sometimes; there was the set of almost home-and-home games in late November (it was a Saturday and a Monday, rather than back to back days) that the Bruins swept, shutting out the Maple Leafs the first night and then winning in a shootout after a scrappy 60 minutes two days later.

The decline in the Bruins’ performance against the Leafs began when the B’s began to miss playoffs for the first time in eight years; the Atlantic Division by the end of 2015 was playing insane hockey, with the three top teams having over 100 points and the fourth place team having 99. The Bruins missed out on playoffs with 96 points, breaking the record for most points at the end of a season to still miss playoffs.

The Bruins are capable of competing again, especially against crucial divisional games. So far this season, the Black and Gold are winless in the Atlantic Division. Those are the games that matter; for the team, for the fans, and for the sake of the game—they revive the spirit of divisional rivalry and determine who plays on through April and who cleans out their lockers.